The Australian Open is well under way in the blazing heat and tennis fans everywhere are enjoying the action, even if local hero Lleyton Hewitt has already bowed out of the competition. Some of the biggest action though – for watch fans at least – was off the court, before the tournament had even begun. I am course referring to the surprise signing last week of a Novak Djokovic as ambassador for Seiko, ending his 3-year sponsorship deal with Audemars Piguet. This new 3-year deal will see Djokovic sporting various Seiko timepieces throughout the year and no doubt add some serious padding to his bank account. Seiko has also committed to supporting and promoting the Novak Djokovic Foundation throughout the world. Even still, as good a brand as Seiko is, I have to say; Novak Djokovic, what were you thinking?

10. 01. 2014. · On Friday, January 10, on the eve of the Australian Open in Melbourne, a Japanese watch manufacturer Seiko launched its new partnership with world no.2 Novak Djokovic.

Shinji Hattori, President of Seiko Watch Corporation, was proud to announce the agreement in person and to present to Novak a Seiko Astron GPS Solar watch as a symbol of this global three year partnership.

“We are delighted that Novak selected Seiko and we are honoured and proud to be his partner for the next three years. We admire Novak as a player, of course, but we also admire him as a person who has a rich range of interests and a very varied lifestyle,” the company announced.

“We cannot help Novak win tennis matches, but we can help him manage time in every other aspect of his life. We have created a series of watches that Novak will be wearing in 2014, each selected to suit the different aspects of Novak’s life. When he is training, Novak will wear a watch he has selected from our Sportura chronograph collection.

When he is at an evening function, Novak will wear a Premier Kinetic Perpetual watch. When he is away from the tennis world and enjoying his passion for adventure sports, it will be a Seiko Divers watch that accompanies him. Lastly, and most importantly for us and for Novak, whose global schedule is so hectic, when he is travelling, Novak will wear the Astron GPS Solar watch that uses the GPS network and the power of light to adjust automatically to each and every time zone on earth.”

When the opportunity to work with Novak arose, Seiko welcomed it immediately. In Novak, they see someone who shares their desire to be the best and who is determined to maintain his status as a leader. Like Seiko, Novak is dedicated to perfection. And like Novak, Seiko is determined to be “one step ahead of the rest”.

Seiko is also pleased to support the Novak Djokovic Foundation and its activities financially, and what’s more important, help Novak to promote the Foundation around the world. To do so, Seiko created an accessibly priced watch collection for young people that will carry the Foundation name and message. These watches are to be sold under our LORUS brand name and will be available in watch specialist retail stores in many markets worldwide from June, 2014.

The world-renowned company was founded in 1881, and today, it is a real leader in watchmaking. They invented the quartz watch in 1969, the Kinetic watch in 1988 and just two years ago an Astron GPS Solar, a watch that, using only the power of light, connects to the GPS network.
Seiko served as Official Timer of the Tokyo Olympic Games in 1964, and at five Olympic Games thereafter. 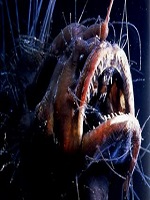